Stem cell transplant in India costs a fraction of what it does abroad but the country has very few centres where the procedure can be done and not enough dedicated medical staff, says an expert.

Stem cell transplant, a process by which new cells are introduced into damaged tissue in order to treat disease or injury, has shown promise in treating various kinds of diseases, including some cancers. However, there are only 10-11 centres in India where it can be done, says Lalit Kumar, professor of medical oncology at the All India Institute of Medical Sciences (AIIMS) here.

A stem cell transplant can cost up to Rs.1 crore (approx $223,000) abroad, depending on the type of procedure, and the patient is asked to deposit the full amount before the transplant, Kumar told IANS.

In comparison, in India it costs Rs.10-20 lakh in private hospitals, while in government hospitals it is much cheaper – Rs.3-6 lakh – depending on the type of procedure, he said.

Stem cells can be taken from siblings or family members after tissue matching, known as allogeneic transplant, from the patient’s blood, known as autologous transplant or can be harvested from a newborn’s umbilical cord, which is a rich source of such cells. 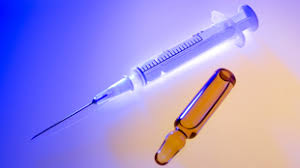 “Around 500 stem cell transplants are done in India in a year, which is very small compared to the need. We need many, many more centres in India,” Kumar said.

India also needs to set up more stem cell banks and a registry of donors, like in the West, with complete information such as blood group and tissue matching to make it easier for matching for a stem cell procedure, he said.

“A registry of donors is useful when a match can’t be found in the family of the patient for stem cell transplant.”

Besides setting up more stem cell transplant centres or setting aside an exclusive block in a hospital for the purpose, more trained doctors are needed as well as hospital staff, he feels.

“There should also be more awareness among physicians so that they refer the patients at the right time for a stem cell transplant,” he said.

Kumar said there is a better success rate in the case of thalassemia if the patient is referred by the treating doctor for a stem cell transplant early.

He added that more awareness should be spread about the procedure among the patient’s family and the community.

“There is a lack of awareness about stem cell transplant among people. Many people asked to donate stem cells, even among the patient’s own family, feel they will get weakened by donating. And this is also true among the educated.

AIIMS has its stem cell transplant wing on the seventh floor of the cancer department. There are nine beds, and they are generally full, the doctor said.

The hospital does about five procedures in a month. For a procedure called allogeneic, where a genetically similar donor’s tissue is used, like a sibling or even an unrelated donor, great care has to be taken before and after the procedure.

In some cases, despite matching with the donor, the patient can reject the graft. Then it involves a long process of giving immunosuppressants, or medications that help prevent organ rejection in transplants and reduce inflammation, or steroids to help the patient in accepting the transplant, he said.

This site uses Akismet to reduce spam. Learn how your comment data is processed.